sign in to register
This is a nine-day intermediate retreat. To be accepted on this retreat, the applicant is expected to have:

An intermediate retreat is designed for people newer to the practice. Sitting periods are generally twenty to thirty minutes. Wake-up time is not as early as on an advanced retreat. 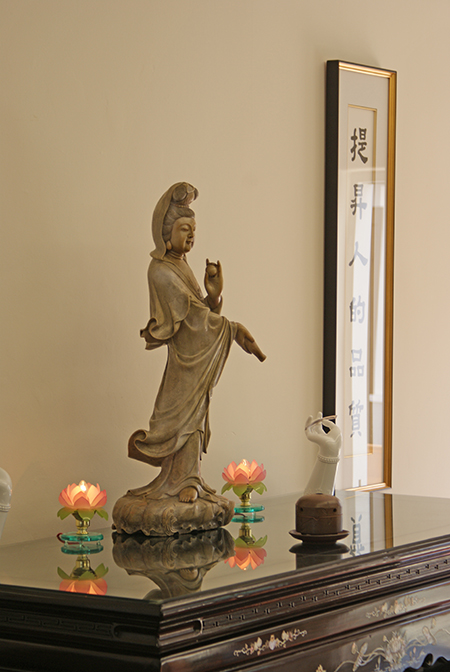 Chang-Hu Fashi first took the Three Refuges in 1988. In 2004, he was admitted into Dharma Drum Sangha University, where he majored in Chan Studies, with a focus on Chinese Chan. In 2006 he received full ordination. In 2010, Chang Hu Fashi graduated from Dharma Drum Sangha University and took on the role of Supervisor of the Chan Meditation Office, organizing various types of Chan events and teacher-training.

Since 2006 Chang Hu Fashi has been involved in over 160 intensive Chan retreats, conducting individual interviews and amassing rich experience in overall retreat organization. He has studied and taught meditation in Germany, Switzerland, Mexico, Singapore, and Malaysia. In January 2015 Chang Hu Fashi arrived at DDRC, where his current responsibilities are information technology. Chang Hu Fashi has a deep interest in areas such as incense-meditation, tea-meditation, Buddhist arts, photography, botany, contemplation of artistic renditions based on Buddhist scriptures. He is also studying English. To find out more, please join him on Facebook “shi chang hu”. He is looking forward to engaging in further communication in “simple” English.