Due to the COVID-19 pandemic, we will only accept people who can show proof of being fully vaccinated no later than December 10, 2021. During the retreat we will require masks and social distancing. We also require all guests to have a COVID PCR test with a negative result, within 5 days before arriving at our center. Space is limited, so please apply early. 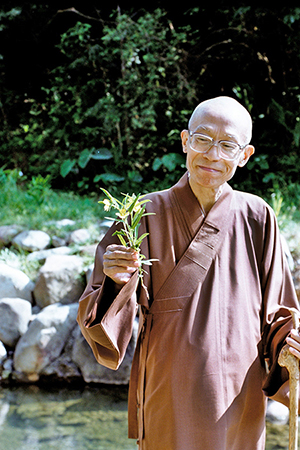 The methods of calming and contemplation are essential techniques which form the foundation of more advanced methods such as silent illumination or huatou. This retreat will present those methods using videos of retreat talks by Master Sheng Yen. Abbot Guo Yuan will provide additional talks and interviews.

Our intensive retreats follow the traditional Chan monastery schedule, starting early in the morning and making the most efficient use of time in concentrated group practice. There are numerous forty-minute sitting periods throughout the day.

Participants should be mentally and physically prepared for the rigors of such a regimen. Therefore, we carefully screen each applicant to ensure sufficient experience for acceptance on an intensive retreat. The requirements are that the applicant has: