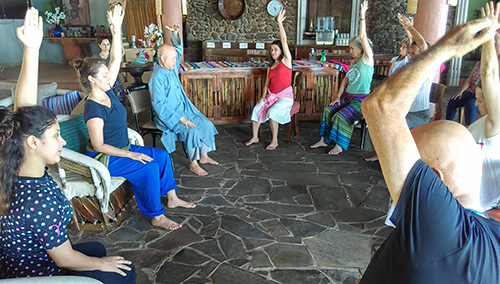 At the invitation of Laura Del Valle (owner and founder of Mar de Jade, a retreat center in Chacala, Nayarit, Mexico) Venerable Guo Yuan, one of the Dharma heirs of Venerable Master Sheng Yen (founder of Dharma Drum Mountain) and abbot of the Dharma Drum Retreat Center in the USA, directed a seven-day huatou retreat from June 2 to 9, 2018. The abbot was assisted by Venerable Chang Xing. Thirty-two people participated in the retreat. 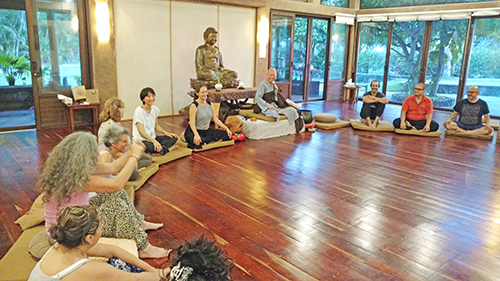 On the morning of the day before the conclusion of the retreat, the participants gathered in the open air to take part in “chu-po” (mindful work practice, part of Chan cultivation in Buddhist monasteries and temples), through which they learned to train in concentration through the practice of “where the body is, the mind is” and put into practice the techniques for the dissolution of the “I” through dedicating to work practice.

In the experience-sharing session, several participants stated that they had many benefits from Buddhist teachings, orientation in meditation and private interviews with Venerable Guo Yuan. At the conclusion of the retreat, six participants took refuge in the Three Jewels (the Buddha, the Dharma and the Sangha), received the Five Precepts from the Venerable Guo Yuan, and became Buddhists. 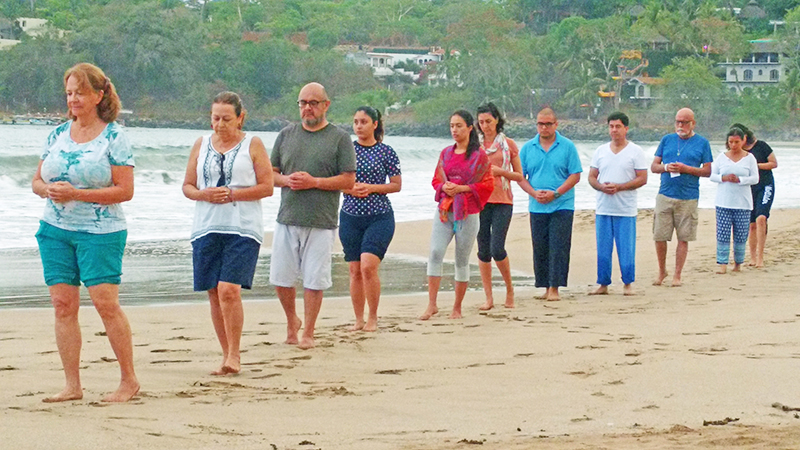