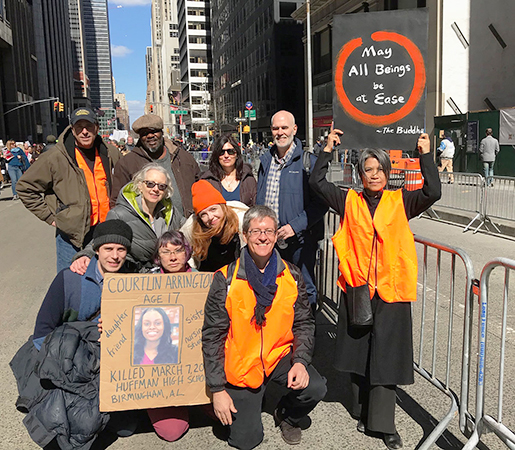 On Saturday, hundreds of thousands of people gathered at the March for Our Lives in Washington, a student-led rally calling for tighter gun control laws in the US following a massacre at a high school in Parkland, Florida that left 17 people dead last month. Demonstrations were held in more than 800 cities in the United States, Canada, and around the world. Many Buddhist teachers, practitioners, and communities took part in the marches or expressed their solidarity with the cause.

You can read an article about the event on the Lion’s Roar magazine’s website.